The Harris Auto Group has proudly sponsored community events and groups such as Jeneece Place, the Nanaimo & District Hospital Foundation, the David Foster Foundation, BC Winter and Summer Games, United Way, the Young Professionals of Nanaimo, the Vancouver Island Raiders, the Nanaimo Clippers, the Children's Charity (Variety), the Rotary Club of Nanaimo as well as others. Below are more details and a listing of current and past sponsorships.

Your contributions have helped fund 33 programs in the Central Island Region, including an in-school mentorship program, support groups for children who witness abuse, several counselling programs, and a senior's palliative and grief support program.

Thank you for making a difference in our community. 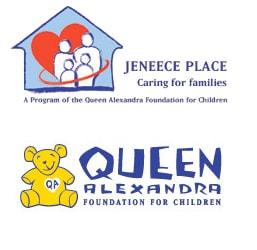 Harris Auto Group is a proud sponsor of Jeneece Place.
Jeneece Place is the dream of Jeneece Edroff. Known as the "Penny Girl", Jeneece's penny drive brought in over $1.5 million to help children throughout BC. With that achievement behind her, Jeneece set her sights on a new goal - Jeneece Place - a temporary home where families can stay together when one of their members needs medical services in Victoria. Jeneece Place is located a two-minute walk to the entrance of the Victoria General Hospital. At 10,500 square feet, Jeneece Place has ten bedrooms able to accommodate up to two adults, and two children each. It also has a communal kitchen, dining, living, games and media rooms, and an outdoor area where kids can play. The facility is open year round, 24 hours a day, and is wheelchair-accessible and barrier-free.
The Harris Group donated $50,000.00 to Jeneece Place.

Nanaimo & District Hospital Foundation was established in 1977 as a means through which grateful patients and loved ones could "give back" to Nanaimo Regional General Hospital (NRGH). The Foundation began actively fundraising in 1991 in response to the rising cost of delivering quality healthcare on Central Vancouver Island.
The Harris Auto Group has been supporting the Nanaimo & District Hospital Foundation since 1992, Through sponsorships, discounts and the endowment fund, the Harris Auto Group has donated close to $100,000.00

The David Foster Foundation, a Canadian organization that provides financial and emotional support to families with children in need of major organ transplants, has chosen his home town as the next location for its David Foster and Friends gala event. For one weekend, Victoria, BC was host to one of the world's most renowned musicians, all performing at an exclusive, intimate event that generated more than $1 million dollars for the good works of the foundation. This was unparalleled in the region. More than 1,000 of Western Canada's philanthropic individuals, families and corporations came together to achieve this, having participated in a weekend of unsurpassed quality and experience, the likes of which Western Canada has never seen.

The Harris Group donated $30,000.00 to the David Foster Foundation

Mike Harris (far left) and Tom Harris (far right) from the Harris Auto Group were recently presented with a thank you plaque for supporting the B.C. Summer Games in 2014. The presenters were Andre Sullivan, (shaking the hand of Mike Harris), and Rod Milner.

Both of these gentlemen were on the B.C. Summer Games organization committee. 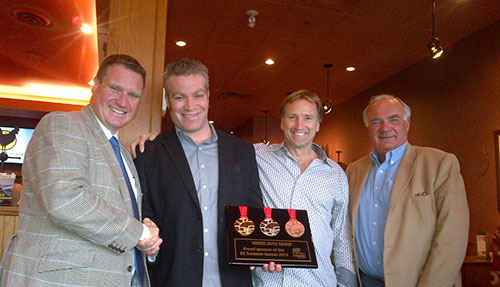 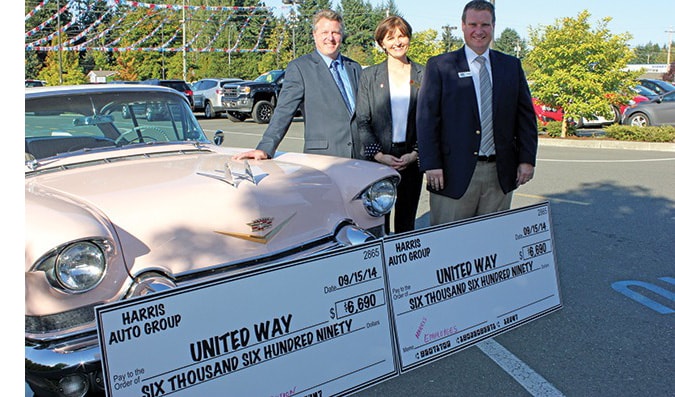 UNITED WAY KICKS OFF CAMPAIGN: The United Way of Central and Northern Vancouver Island held a campaign kick-off event at Harris Oceanside GM in Parksville September 15. Andy Lankester, left, the manager of the local GM dealership, and Mike Harris, right, dealer principal of the Harris Auto Group, presented Signy Madden with two cheques, one from Harris Auto Group employees, with a matching contribution from the dealerships, for $6,690 each, a total of $13,380.00, for this year's campaign. 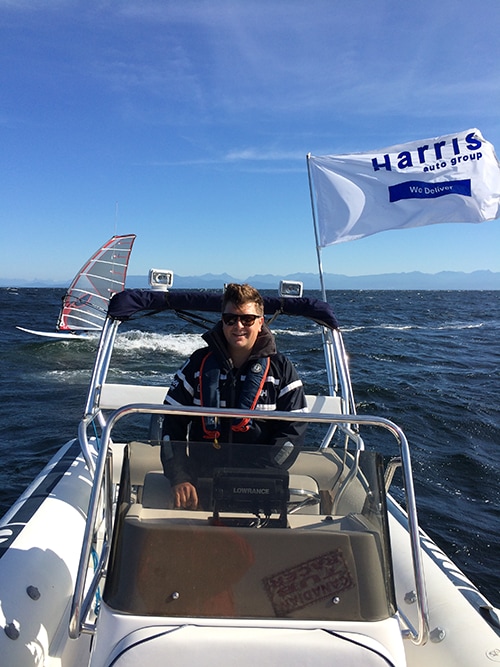 Tony Harris escorts a windsurfer across the Georgia Strait for Charity

On the morning of August 1st 2014 we made the crossing from Nanaimo to Sechelt across the Strait of Georgia in 1 hour and 40 minutes. The wind was gusting as we departed Nanaimo propelling David to over 20 knots for most of the crossing. Towards Sechelt the wind died but we completed the challenge successfully.

The Gyro Georgia Strait Charity Challenge was on again this summer with three men who were poised to make the crossing from Pipers Lagoon Park to Sechelt.

David Strang, Saul Hilchey and Tony Harris made the crossing as soon as they got the right wind and water conditions. Strang did the windsurfing, while Hilchey acted as safety spotter aboard Harris's boat. Harris supplied and piloted the escort boat for the 40-kilometre crossing.

This was the seventh crossing. The event started in 1999 and runs every second year.

Previous crossings have raised a total of $150,000 and so far the men have raised $25,000 of which $20,000 will go to the city for parks upgrades, $4,000 is earmarked for the Child Development Centre and $1,000 will go to the Salvation Army. Garth Johnstone of Archie Johnstone Plumbling and Heating will match money given to the Child Development Centre.

A windy crossing made for rough seas, which is the main challenge of the trip.

"We've been beaten up in the boat a few times," Hilchey said. "I've got the hard part. I'm in the boat."

June 9, 2014
Harris Auto Group was pleased to present Virginia Fournier-Manzer with the 2014 Danny Harris Scholarship in recognition of her academic achievement in the Bachelor of Business Administration program at Vancouver Island University. Harris Auto Group supports a VIU business student annually with this $1000.00 endowment, and through this scholarship is proud to foster and promote higher business education in our community. 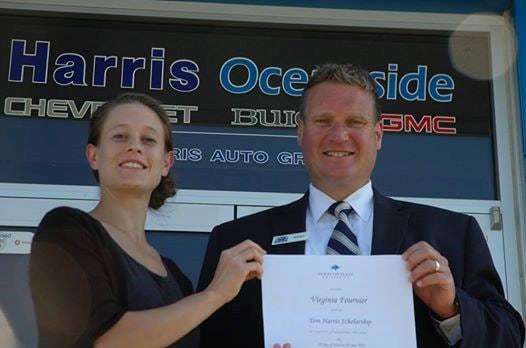 Nanaimo - July 17 - 20, 2014
The BC Winter and BC Summer Games are British Columbia's biennial celebration of sport and community. Since 1978, the BC Games have taken place in 38 communities and involved over 350,000 participants and volunteers and thousands more as spectators and supporters.

The purpose of the BC Games is "To provide an opportunity for the development of athletes, coaches, and officials in preparation for higher levels of competition in a multi-sport event which promotes interest and participation in sport and sporting activities, individual achievement and community development." The BC Games bring together British Columbia's best emerging high performance athletes, trained coaches, and certified officials for three days of competition. This experience is an important development opportunity and stepping stone towards higher level sport competitions. 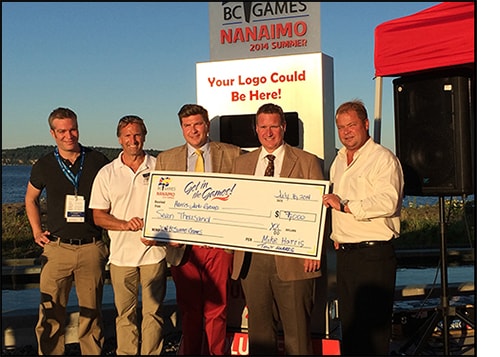 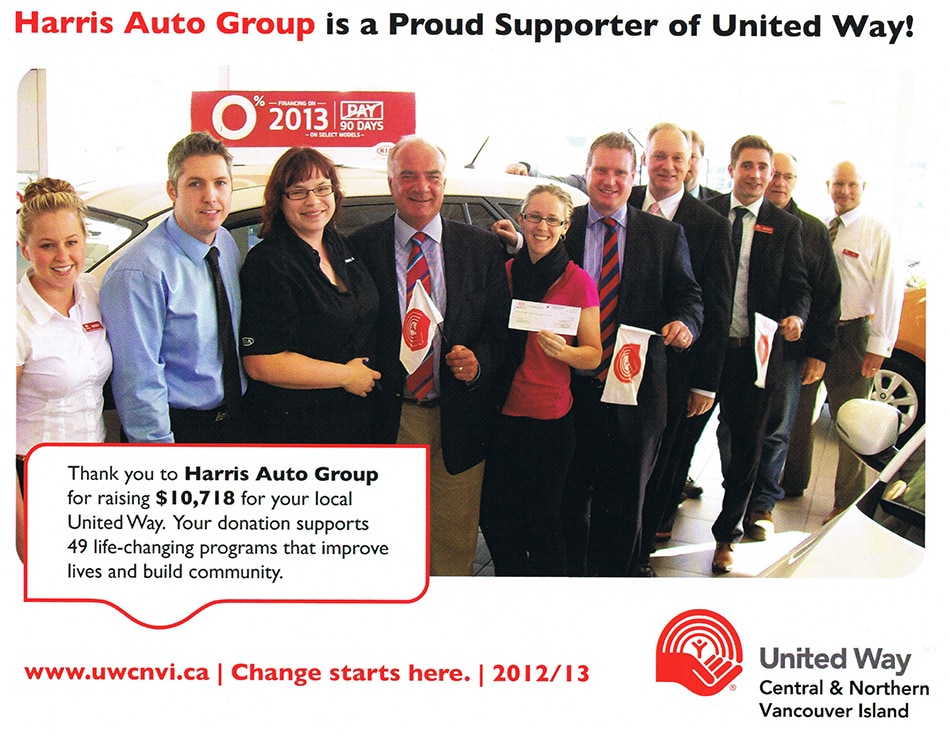 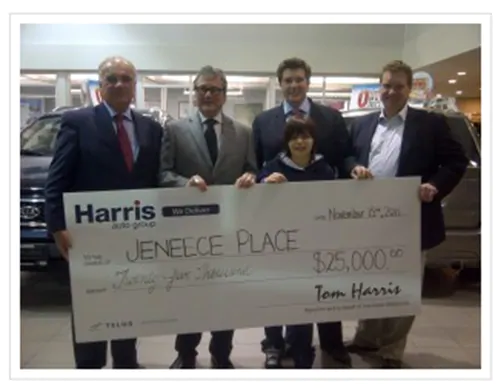 Our entire team was very honoured to donate $25,000.00 to Jeneece Edroff of Jeneece Place. It is with great pleasure that we say "Thank You" to Jeneece through this donation.

The YPN membership includes some of the best and brightest business professionals in Nanaimo under the age of 40. Whether you are new to Nanaimo or simply interested in expanding your professional horizons, the events and professional development opportunities of the YPN are a great place to learn and get connected.

The Vancouver Island Raiders are a Canadian Junior Football team based in Nanaimo, British Columbia. The Raiders play in the eight-team B.C. Football Conference, which itself is part of the Canadian Junior Football League (CJFL) and competes annually for the national title known as the Canadian Bowl. After an aborted move of the Victoria Rebels to Nanaimo in late 2004, the Raiders were founded in 2005, and won the CJFL championship in 2006, 2008 and 2009. The Raiders have also won consecutive BCFC titles in 2006, 2007, 2008, 2009, 2010 and 2011.

The Nanaimo Clippers are a junior "A" ice hockey team based in Nanaimo, British Columbia, Canada. They are members of the Coastal Conference of the British Columbia Hockey League. They play their home games at Frank Crane Arena.

Supporting Vancouver Island University students-through the Danny Harris Memorial Scholarship The purpose of the Vancouver Island University Foundation is to oversee management of the Foundation's endowment and, working with the Office of Advancement & Alumni, raise money to support VIU's scholarship and awards program and VIU fundraising activities.
Variety, the Children's Charity is an organization founded in Pittsburgh, Pennsylvania on October 10, 1927, when a group of eleven men involved in show business set up a social club which they named the "Variety Club"

In partnership with the Harris Auto Group, the first annual Connect VI Conference is proudly presented by the Young Professionals of Nanaimo (YPN). Designed for young business leaders wanting to explore the challenges and opportunities that our generation will experience. Connect VI will provide delegates with an insightful lineup of guest speakers-to educate and expand the skills of our under 40s.

Our generations time to lead is approaching. Join the next generation of business, community and political leaders at Connect VI.

Harris Auto Group is a major sponsor for Oceanside Rotary James Bond event held on April 14th.
This club project is one that Oceanside is extremely proud of. This event is held in Beban Park in Nanaimo every year in April.

The Harris Auto Group is a sponsor in VIU's Festival of Trees. This fund-raising event is VIU's largest fund-raiser and helps to support Vancouver Island University Students.